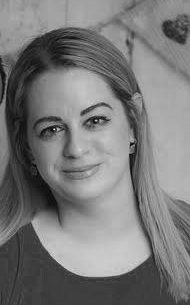 Rosaline is ASHA certified and has worked across numerous speech settings

Rosaline (Rose) is an ASHA certified Speech-Language Pathologist who is licensed in both New Jersey and New York. She received her undergraduate and graduate degrees in New York in 2006 and 2008 respectively, and completed her clinical fellowship year in New York as well. While in New York, she worked in the early intervention, clinical and preschool settings. She moved to New Jersey in 2013 and has been working primarily in the elementary school setting since.

She regularly attends in-person and online webinars, and organizes a yearly “Autism Awareness Day” fundraiser at her school.

Rose is also conversational in Russian and is a mother to a 1st grader and a preschooler.